After deteriorating for more than 20 years, what was once home to thousands of employees and served as one of Rockford's largest employers is on the cusp of being brought back to life. The Rock River Current details the process of the historic blighted property.

The Barber-Colman industrial complex rests on 22 acres along Rock and South Main streets in south Rockford. Buildings still standing were built from 1902 to 1910. J. Jeffers & Co., a real estate development firm in Milwaukee, Wisconsin, plans to transform the property into almost 1,000 living units and about 130,000 units of commercial space. In a little more than a month, the project will go before City Council to lay out Rockford's commitments to spur the more than $400 million project.

Fehr Graham has played an integral role behind the scenes in the property's development. Our team has worked on environmental remediation since 2006 testing and removing environmental hazards to make the project more marketable. 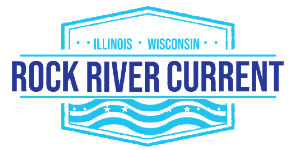 On the cusp of redevelopment: A look inside the history and decay of the Barber-Colman complex | Rock River Current

The Barber-Colman complex will turn into living and commercial space.
https://www.rockrivercurrent.com/2023/01/17/on-the-cusp-of-redevelopment-a-look-inside-the-history-and-decay-of-the-barber-colman-complex/