The Illinois chapter of the American Public Works Association recently recognized the state's top projects, including one that Fehr Graham engineers helped design. The Kickapoo Rail Trail recreational project in Vermilion County took the honor of the top transportation project in the less than $5 million category.

The Kickapoo Rail Trail project repurposed an abandoned 1,300-foot railroad bridge for recreational use near Vermilion County Fairgrounds. Fehr Graham completed topographic surveys and prepared construction plans and bid documents for the Illinois Department of Transportation (IDOT). The Kickapoo Trail will be built in phases. When completed, the trail will run from Weaver Park in Urbana to Kickapoo State Park in Danville.

In 2008, Fehr Graham became part of the team which had been working for nearly two decades to make the Kickapoo Trail a reality. We prepared plans and bid documents in early 2019 to prepare for the November 2019 IDOT letting and helped with other phases of the 25-mile project, which was completed last year. 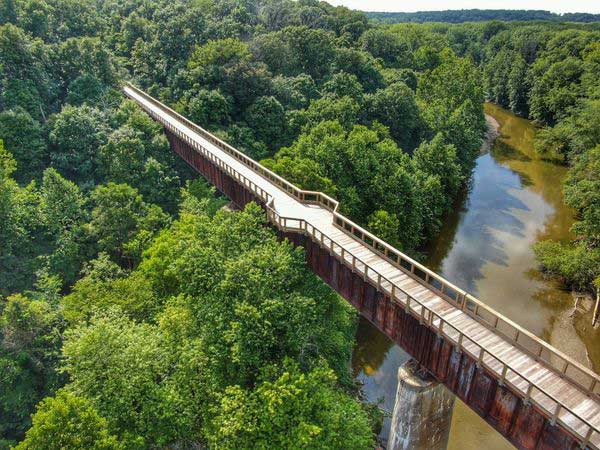